A mixture of prosecco, sparkling water - or alternatively seltz - and red liquor, the spritz in the most common aperitivo throughout Italy. Regardless of the type of alcohol used, which often differs on a regional basis, Spritz is a drink that boasts a long and noble story worthy of being told, Traditionally widespread in the Triveneto regions, Spritz actually has roots in Germany: in fact, the word "spritzen" means spraying, which refers to the habit of using seltz or carbonated water to dilute Wine and liqueurs. According to another theory, Spritz is a name associated with a particular type of Austrian wine; But in any case, the origins of this drink rest firmly in the Germanic Teutonic presence in Italy, and in particular in the Veneto region. The Habsburg domination in Italy began in 800, and it was a habit of the Austrian soldiers to create the basis of the Spritz: since the Venetian wines were much more alcoholic than their counterparts, they began asking the hosts to "sprinkle them " with water. And so here is the origin of the Spritz, however, the habit of mixing red bitter liquor with wine, as is commonly seen in Italy, introduces another twist.

THe basic recipe of a modern Spritz consists of 40% seltz or carbonated water, 30% prosecco (usually Glera), and then a red liquor or bitter such as campari or aperol, which gives the drink its red-orange coloration.

Here are Isarti Travel's picks for the best spots in Italy to drink an aperitivo this summer:

Sesto on Arno at the Westin Excelsior (Neighborhood: Piazza Ognissanti)

Explore the Islands of Italy

The Best New Hotels in Italy

Heading to Europe? Here Are the Best Times to Book Your Airline Tickets and How to Do it

A Tradition of Chocolate in Sicily 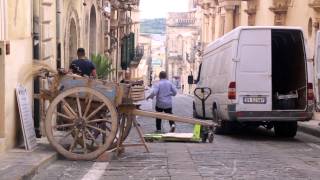 Noto - The Most Beautiful City You've Never Heard Of